How can instructors customize their Gradebook display?

Gradebook offers the following options for instructor to customize how it displays for them:

Select the Gradebook tool from the Tool Menu of your site. 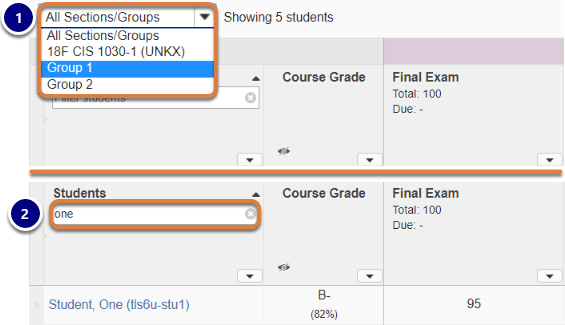 By default, students are sorted alphabetically by last name, in ascending order (A-Z).

Grading schemas are the scales on which final grades are based.  The most common grading schema is UG-GRD (undergraduate graded), which uses a letter grade scale of A-F.

The grading schema used for a student is defined by:

To show or hide each student's grading schema:

Group or ungroup items by category. 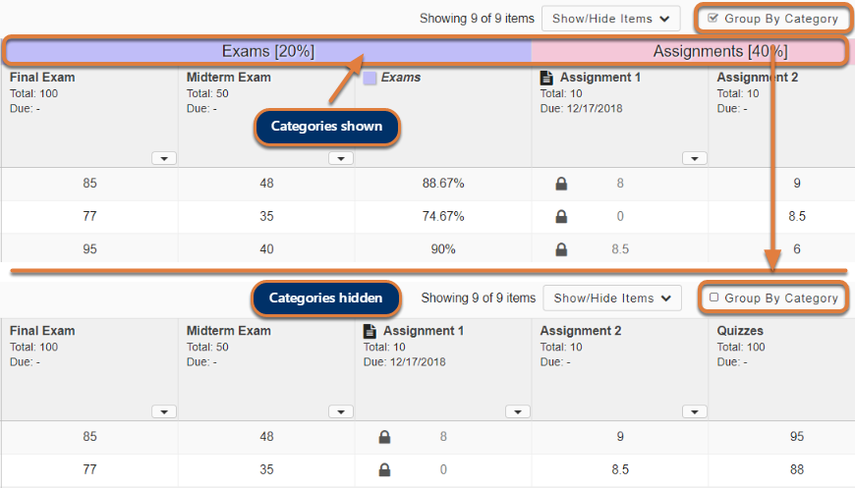 By default, if your gradebook has categories, category groupings will display. Select the Group by Category button to hide or show the categories. 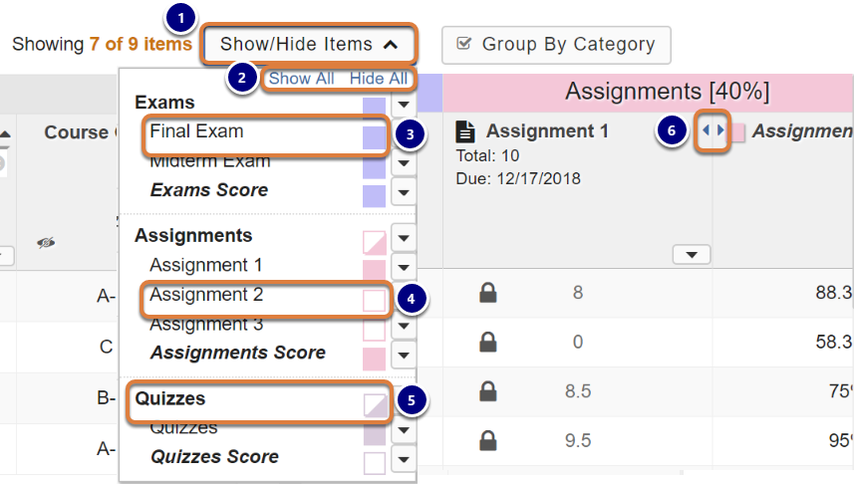 Important: Showing and hiding items in this menu does not affect gradebook item visibility for students.  For grades to be visible to students:

For information about releasing grades, see How do I edit or delete a gradebook item?

You can move gradebook items left or right to place them in a specific order.

Note: When viewing items grouped by category, you can only reorder items within their category.  For steps to reorder categories, see How do I set up my Gradebook? 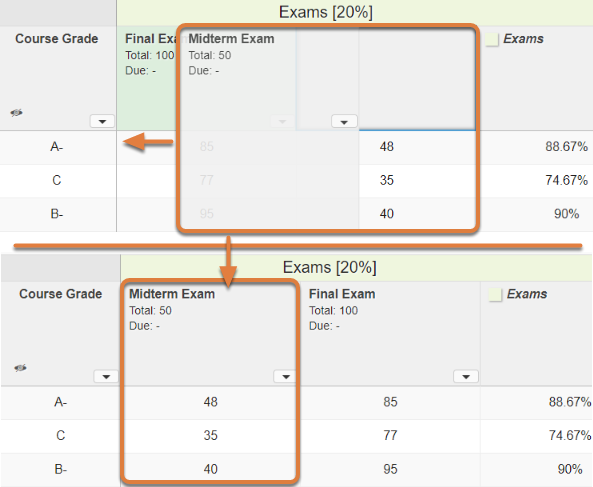 If you are using a mouse, you can drag and drop columns to reorder them.

To move an item to the left, select the down arrow icon (Open menu for [item title] column), then Move Left. 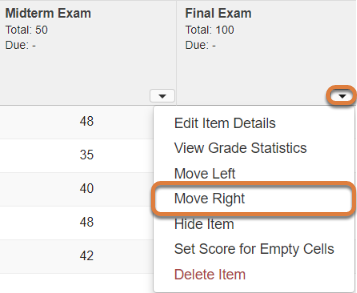 To move an item to the right, select the down arrow icon (Open menu for [item title] column), then Move Right.